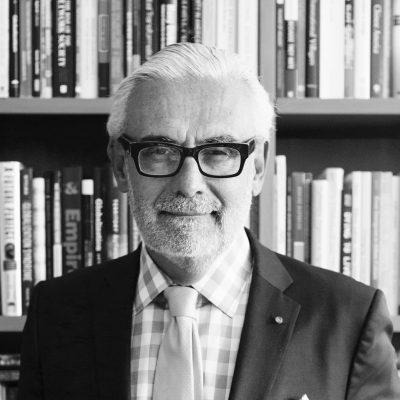 Marcelo M. Suárez-Orozco, the Wasserman Dean, UCLA Graduate School of Education and Information Studies, is a psychological anthropologist and a scholar of Globalization, Migration, and Education. He is the award-winning author and co-author of volumes published by Harvard University Press, Stanford University Press, University of California Press, Cambridge University Press, inter alia. The recipient of the Mexican Order of the Aztec Eagle, Dean Suárez-Orozco is a member of the American Academy of Arts and Sciences, the National Academy of Education and a Trustee of the Carnegie Foundation for the for the Advancement of Teaching. He has served as Special Advisor to the Chief Prosecutor, The International Criminal Court and has authored multiple texts for Pope Francis’ Pontifical Academies. At Harvard, he was the Thomas Professor of Education, Co-Founder and Co-Director of the Harvard Immigration Project. At NYU he was the inaugural Ross University Professor of Globalization and Education. In 2009-10 he was the Richard Fisher Member at the Institute for Advanced Study, Princeton. He has been Visiting Professor in Paris (EHESS), Barcelona, and Leuven and has lectured at the German Foreign Office, the Mexican Foreign Office, the Spanish Foreign Office, The Vatican, US Congress, the UN, US Congress, Davos, and in multiple other scholarly and policy venues in the Middle East, Europe, and Latin America. An immigrant from Argentina, he is a product of the California Master Plan, commencing his studies in Community College (where 40 years ago he met Carola Suárez-Orozco, the eminent psychologist and scholar of immigration), and transferring to U.C. Berkeley where he received his AB, MA and Ph. D.

In January of 2018 His Holiness Pope Francis appointed Dean Suárez-Orozco to the Pontifical Academy of Social Sciences.